Hills Hornets had a massive weekend at Parkes for the recent Junior Regional titles for NSW. A total of 19 players and coaches made the campaign to inland NSW to represent the Sydney Scorpions.  This was the largest ever contingent to represent the permit at Junior Regional Level. To make the weekend even better four Hills Hornets players were selected in the State Merit teams. Congratulations Capri Viddler, Eleanor Fairhurst, Holly McNammara and Harrison Read. A great achievement.

As Sydney Scorpions continued their dominance of the Junior Regionals claiming the converted champion region title, their 7th year in a row, with the event being held at the home of Parkes Touch Association, Cheney Park. The Scorpions claimed three of the six divisions on offer and lost two other grand finals. Whilst the Scorpions were dominant they were pushed to the limits by the ever improving Hunter Western Hornets who only drop ped two games across all the divisions on the Saturday. 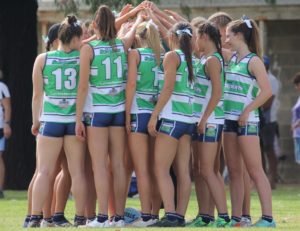 The U14s girls team consisted of Hills players Eleanor Fairhurst and Holly McNamara along with Coaches Gavin Bruce and Mel Mann. The Girls 14’s had a similar campaign to the Boys 14’s and did the Houdini act of the tournament totally reversing their early tournament form to produce their best at the right time. They started day one with a loss to the Hornets 5-1 but then bounced back to beat the Sydney Mets by 4-3. A shock loss followed to the Northern Eagles 4-3 however coaches Gav Bruce and Peter Langmack turned it around and the team started showing their true potential eventually going down in the grand final to the Hornets.

The U16s girls team that included Hills players Capri Viddler and Paris Mooney improved through the tournament and produced their best when it counted. Losing to the Hornets 2-1 in their first game the Scorpions then easily booked their semi-final appearance and won that over the Sydney Mets 5-0. Coaches Keith Smith and Carol Jones had the right game plan for the grand final and the big game players stepped up to cause problems for the Hornets all game. Tatum Bird, Lucy McDonald and Madison Higgins-Ashby all had starring roles with Capri Vidler making a fantastic memorable touch to prevent a Hornets touchdown at a crucial time. 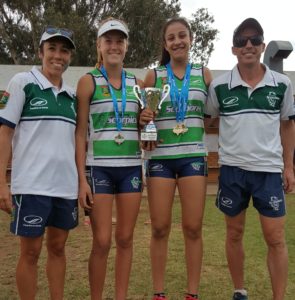 In the Girls 18s’ division it was a coaching master class from Hornets Melissa Mitchell and assistant coach Tracey Elliot. The team lost their first game 5-0 to the highly fancied Hornets which proved to be their only loss of the tournament. The team met the Sydney Rebels in the semi-final winning 4-3. The grand final was a show down against the Hornets with the Scorpions team ready to avenge their first round loss to the Hornets. And that they did taking out the title in style by 5 touchdowns to 3.

Coaches Matt Scranage and Tua Marsters were in charge of the Boys 14’s that included Harrison Read and Liam Haskins which bounced back from two early losses and a draw. This meant their final round game on Sunday was a virtual quarter final needing a positive result to progress to the final series. The team responded and got the victory 4-2 against the Sydney Rebels. This set-up a semi-final against the top of the table Hunter Hornets. The Scorpions came out full of running and confidence and raced to an early 2-0 lead holding on in the end by 6-4. The Hornets would have been extremely disappointed looking so strong through the round games. In the grand final the Scorpions faced off against the Sydney Mets narrowly going down by 5-4. 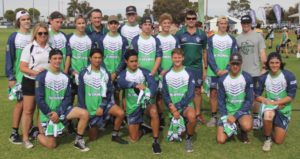 The Boys 16’s had a strong preparation for the Junior Regionals and started their campaign narrowly going down to the Hornets 7-5. The team then won their next four games to set-up a semi-final against game the Northern Eagles. Coaches Brandon McDonald and Matt Lawson would have been confident however were defeated in an upset against the Northern Eagles who got the victory 5-3 and booked their place in the grand final over the Hunter Hornets. Christian Williams and Jack Griffin had great tournaments and will take a lot away from the weekend to strengthen the mighty Hills in 2017. 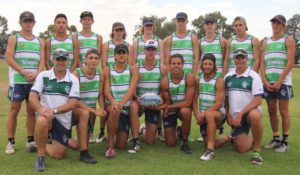 The Boys 18’s won Scorpions their first title in that division with a comprehensive performance not dropping a game all weekend. Coaches Jason Martin and Brad Curl, along with captain Marley Simbolon steered the team to perfection taking out the semi-final over the Sydney Rebels 8-3 and then knocking off the Hornets 4-2 in the grand final. It was fairy tale return to his home town of Parkes for local Jesse Parker, not only taking out the prestigious Scorpions Medal but also the Player of the Final award. Along with Brad Curl as Assistant Coach the team was full of Hornets players with Ray Wehbe, Ryan Pritchard, Sam Watkins and Brad Davoren-Whereat all integral parts of the team that were a standout all weekend. 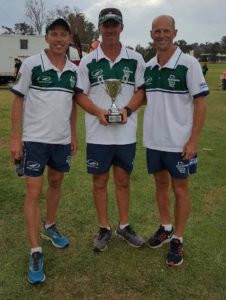