The Hornets  Under 14 Girls have won their Southern Conference Grand Final in emphatic style.  Defeating defending Champions, Penrith 4 tries to 1.

The Under 14 Girls entered their Grand Final off the back of some impressive round games where they scored 46 tries and conceded only 1. They went on to defeat Wollongong 6 tries to 1 in the Quarter Final and Balmain by 7 tries to 3 in the Semi Final.

From the opening tap off in the Grand Final the Hornets completely dominated field position; the Panthers were finding it difficult to get into the Hornets half let alone anywhere near threatening the Hornets try line.

The territorial domination eventually turned into points when Waiaria Ellis opened the scoring with an excellent quickie slide dive. 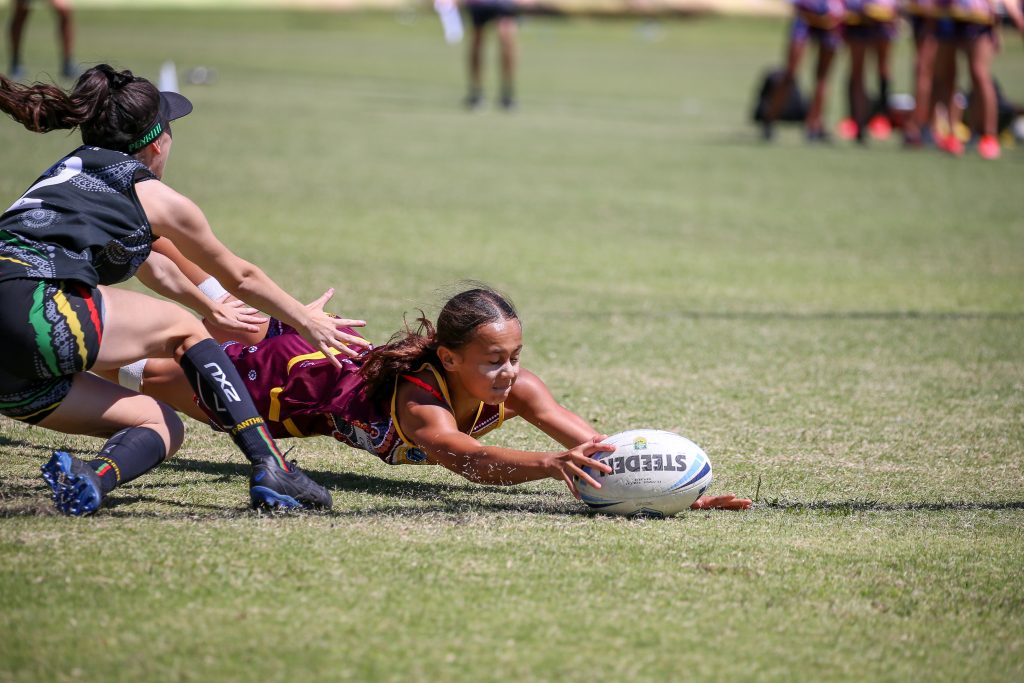 The try and the following tap off allowed the Panthers to finally get an attacking shot on the Hornets line.  The Panthers hit back with a try of their own with an excellent long ball  to the Panthers winger.  The score was one try a piece, but the Hornets had the advantage by virtue of being first try scorers.

The Hornets territorial domination continued, and soon it was inspirational Captain, Logan Lemusu, who was the next to cross for the Hornets beating her middle off a beautiful out ball.   The Hornets now leading 2 tries to 1 successfully defended the Panthers tap off this time around and were soon on the attack again. 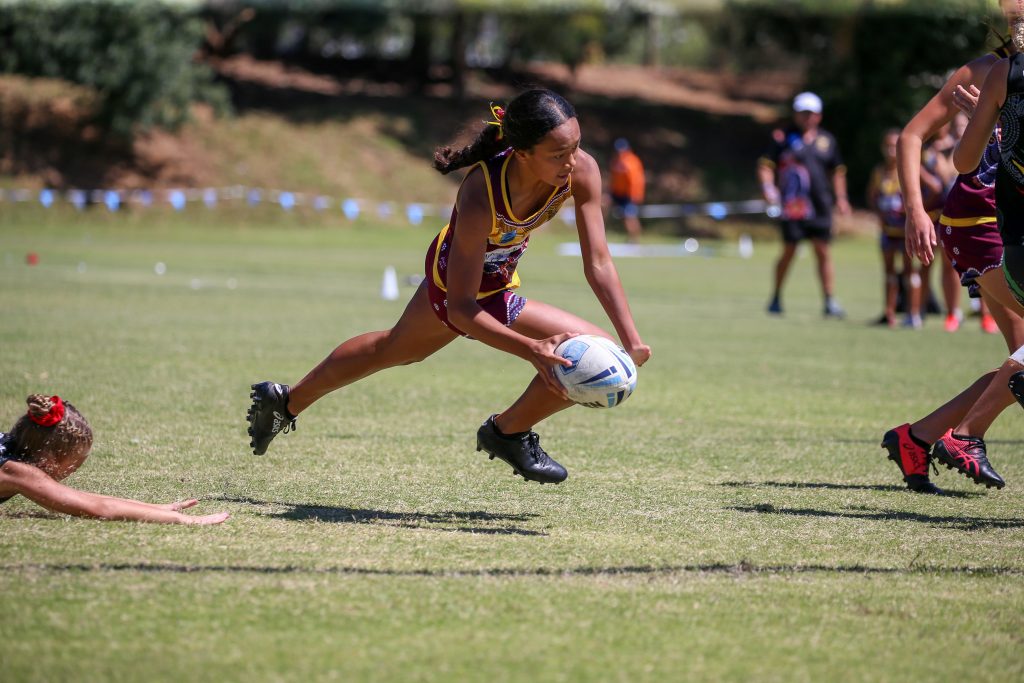 The Hornets were unlucky not to go further ahead after some outstanding lead up from Ava Jones.  Although the try was denied, it seemed nothing was going to stop the Hornets from here.

It was Millie Hollis who was next to cross for a try after some smart lead up work from the Hornets middles.  It was difficult to see how Panthers were going to fight their way out of this.  The Hornets were now 3 tries to 1 in front.

The Hornets missed a further chance to go ahead after Pyper Marchant scooped from dummy half , but she wasn’t to be denied just minutes later, throwing a beautiful long ball for Danielle Seckold to dive over. 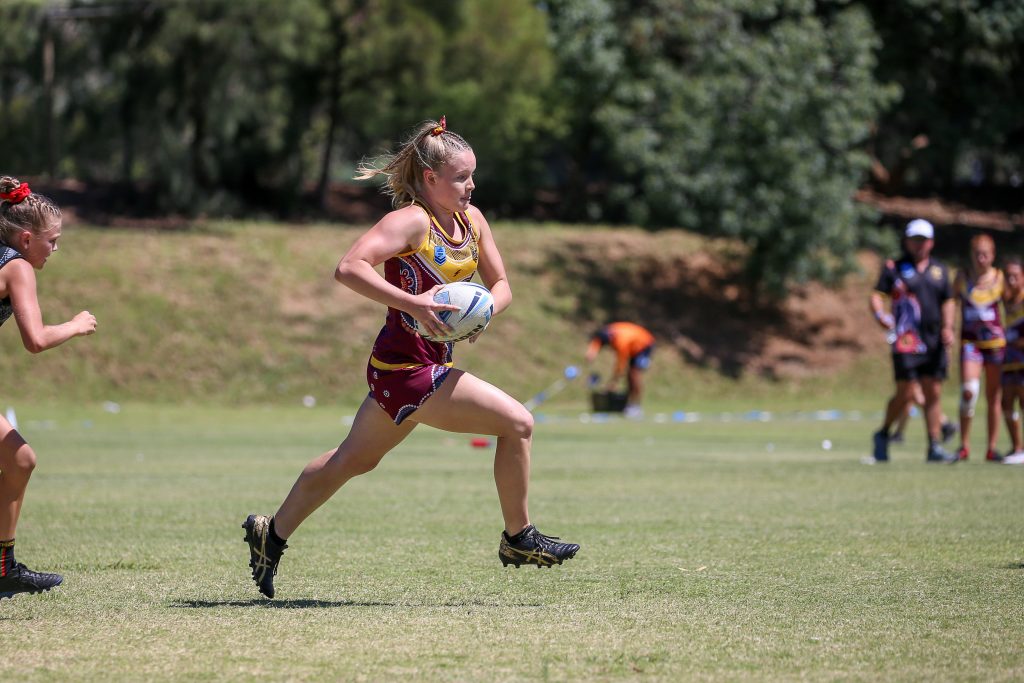 The score was 4 tries to 1, and as the siren sounded the girls (and coaches) erupted with joy.

The girls scored a total of 63 tries over the course of the weekend and conceded just 6 to be named deserved Southern Conference Champions. 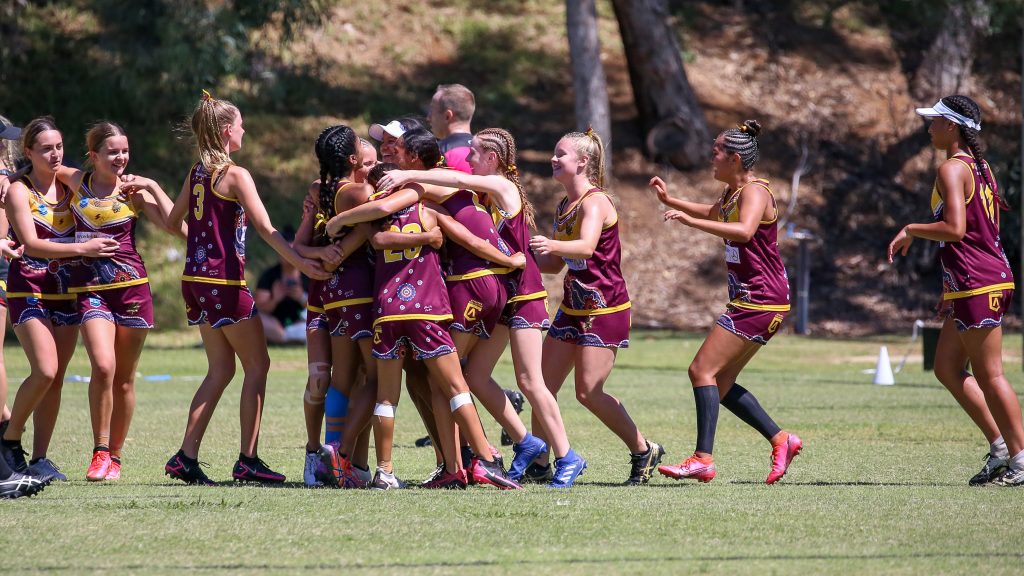 Player of the Final was Waiaria Ellis, and Danielle Seckold was voted Players Player for the tournament.

Coaches Mel Mitchell and Craig Beacroft along with Manager Anthony Jack were extremely proud of the girls and their sustained excellence.

“All the girls were outstanding this weekend with their attention to detail in the games and in their recovery, which was pivotal to the teams success. The future is looking very bright for this team.”