The Hornets Under 18 Girls have been crowned Southern Conference Champions after a nail biting grand final win against Orange Thunder.

Thee two teams had already met during the round stages, with the Hornets managing a narrow victory.  This was destined to be a tight affair.

After winning the toss, the Hornets girls scored the first crucial try through player of the final Makenzie Davis in the first set of six. 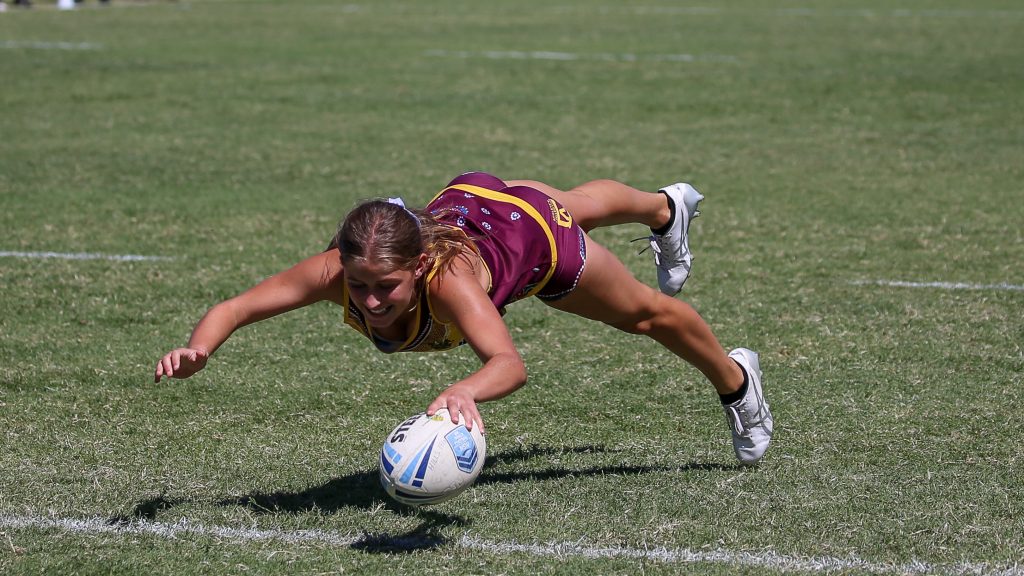 The game then turned into an end to end arm wrestle for the next 10 minutes before the Orange Thunder hit back.  The Hornets scored again 3 minutes later through Maggie O’Reilly to extend the narrow lead.  But Orange would not go away, and scored again from the tap off to draw the game but still behind the Hornets as first try scorers. 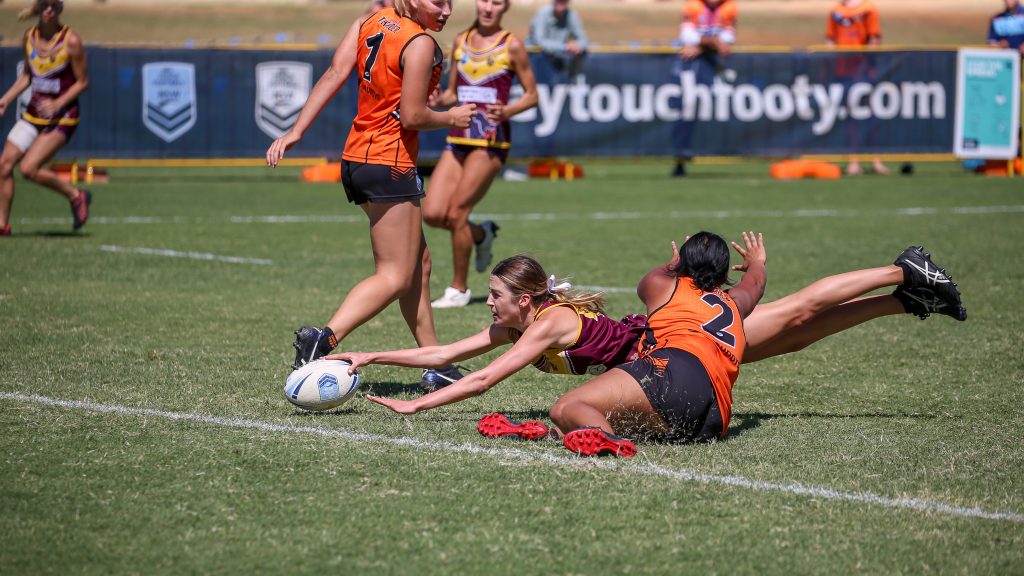 At this point, what was appearing to be a defence orientated game had now turned into a try for try flurry for the next 4 minutes.

In the 18th minute, the Thunder scored to take the lead for the first time in the game.

In the 19th minute it was Tallara Bamblett snatched the lead back via a sweep play and going hard at the line.

In the 20th Minute Orange took the lead again. But the Hornets hit straight back with Mackenzie Davis scoring her second Grand Final try in the 21st minute, to regain the lead.

With 4 minutes to go, it seemed that the team that could maintain it’s discipline in defence would win the day.  It was Mia Jamer who provided the desperation in the following defensive set with two massive efforts to deny Orange what looked to be certain tries. Finally, the try for try cycle had been broken. 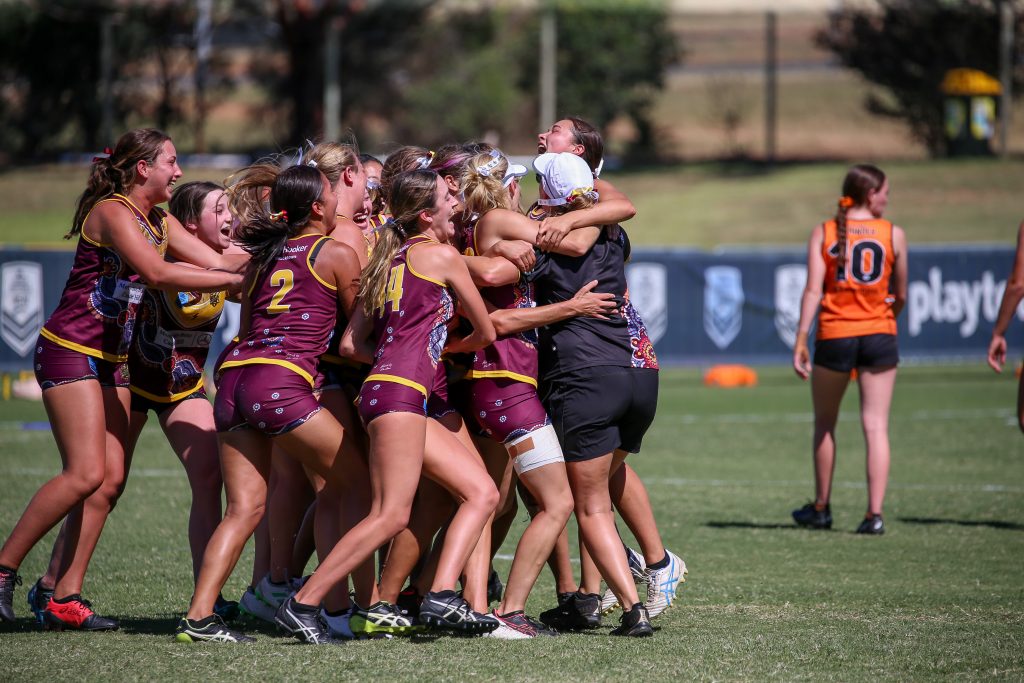 With 1 minute to go, the Hornets received a penalty about 10 metres from halfway.  The coaches immediately got Davis and Bamblett onto the field to try and seal the victory. Bamblett was again on the sweep, but this time Davis picked up from dummy half and engaged the link defender before delivering a neat pass to Bamblett to score her 2nd try.  With only a minute to go, and Orange needing to score twice, a Hornets Grand Final victory was all but secured.  The Orange Thunder managed to score one more final try to ensure the record books would correctly show that this was the tightest of Grand Finals.  The Hornets girls of course erupted with joy, with a very gracious Orange team offering congratulations despite the disappointment of coming so close.

The victory was the end of a long journey for Head Coach, Monique Nolan who together with assistant coaches Abbey Papenhuyzen and Kaitlin McCaffery, have been a coaching team that started 5 years ago.

Monique Nolan was of course delighted with the victory.

“To say I’m proud is an understatement – to get through 10 games undefeated with numerous injuries which forced us to play short most games in very hot conditions showed the courage of this team. They are perfect role models on & off the field, and they embraced the Hills Hornets club culture & spirit. They thoroughly deserved to be crowned southern conference 18 girls champions”.

Picking up on the comments about culture, spirit, and being good role models, it is worth mentioning that this was on display by both the Hornets and Orange. Even though these 2 teams of young women are the fiercest of competitors, the spirit with which they conducted themselves set the standard for all Touch footy teams to follow. They are a credit to their parents, coaches and respective clubs. 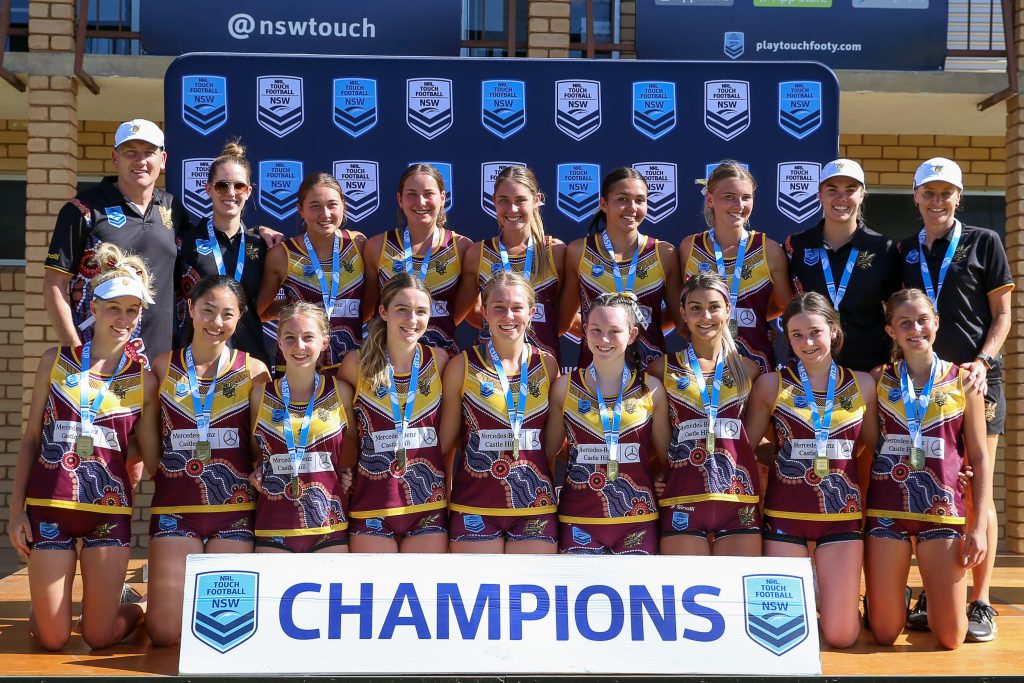