In a very proud moment for Hills Hornets, the Under 12 Girls team has been crowned NSW Touch Junior State Cup Champions at the State Final in Wollongong.  They are the first Junior Hills Hornets team in the clubs history to win their way to a state championship. 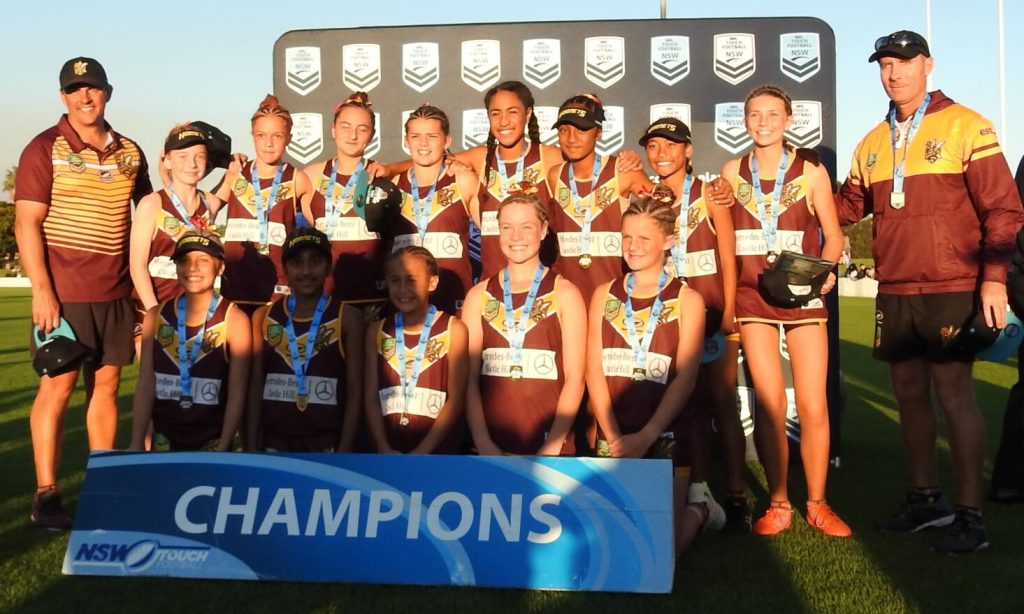 Despite the increased toughness of the competition, the Hornets Girls got through the first 6 rounds without dropping a game, with tight results against the Tigers (2-1) and the Penrith Panthers (4-2).   The Girls had only let in 5 tries at this point, while scoring 25 of their own.  As dominant as this sounds, the Hornets Girls actually got through the round games at Southern Conference without letting in a single try.

In round 7, and the final game before the quarter finals, the Girls came up against the Northern Beaches Renegades.  The Renegades had a fierce running game with some very fast athletes.  Despite the Hornets creating a lot of scoring opportunities, they went down to the Renegades, 2-1.  This was the Girls first loss across both tournaments and a number of gala days before that.  Were we starting to see cracks in the invincibility of this wonderful team?

The girls quickly and convincingly dispelled any doubts in the quarter final game.  The Hornets got back on the front foot and dispatched the Sydney Roosters, 10-0.

With that win, the girls got the rematch they wanted against the Renegades in the semi-final. The Hornets were keen to avenge the round 7 game loss.  They did just that.  After scoring first, the Hornets were never headed, winning the game 3-1.

The Girls were now on their way to the Grand Final. 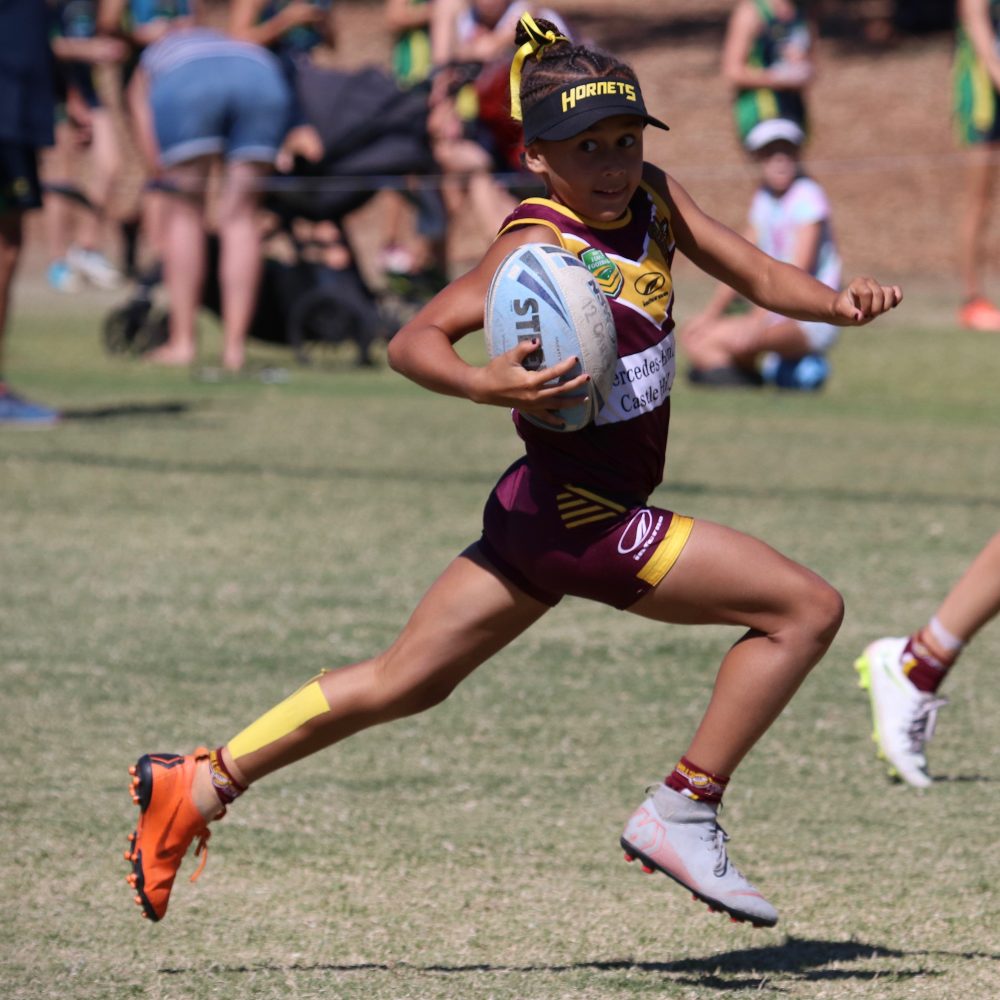 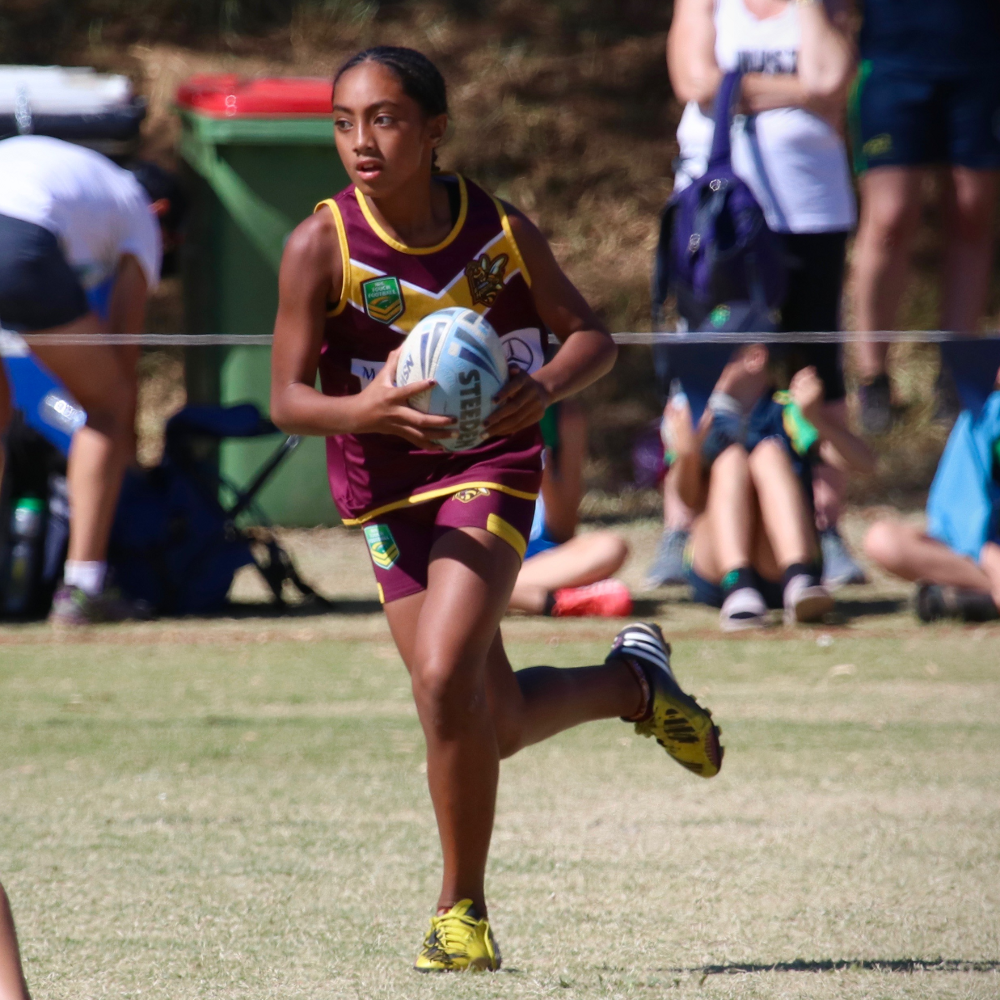 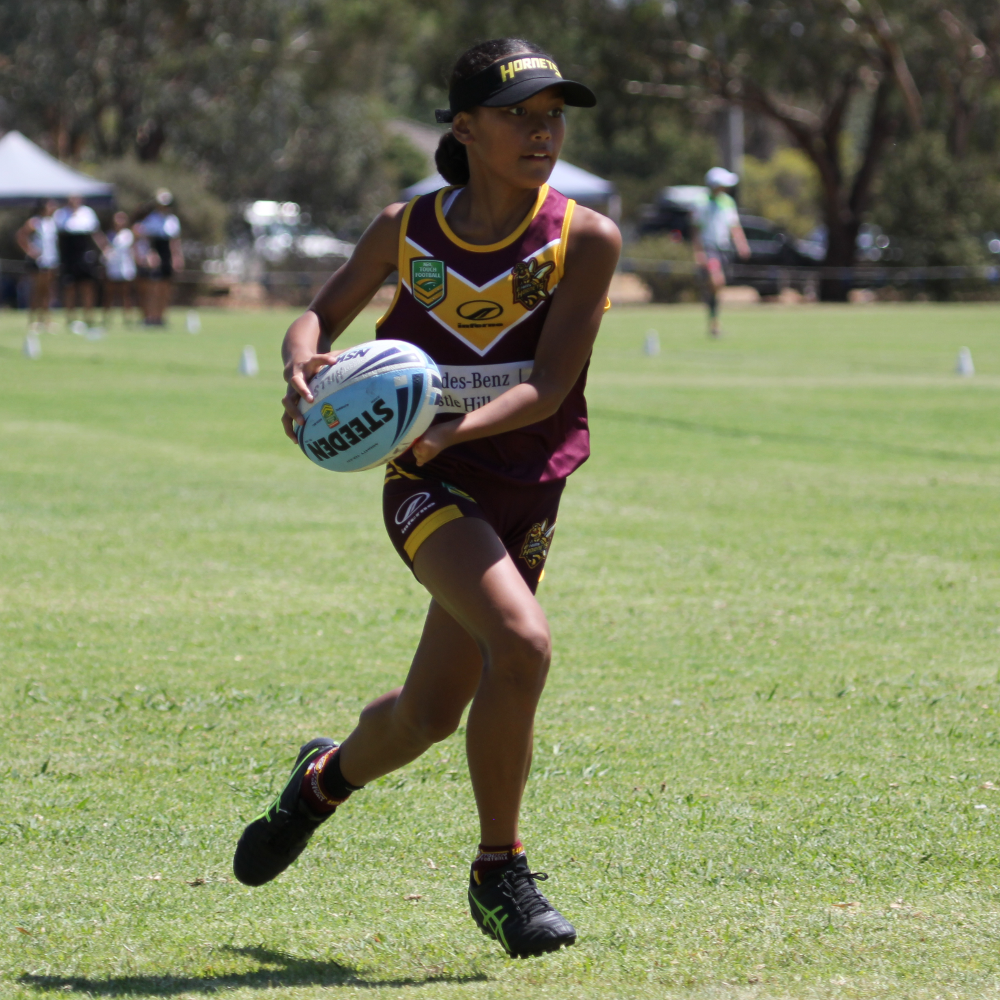 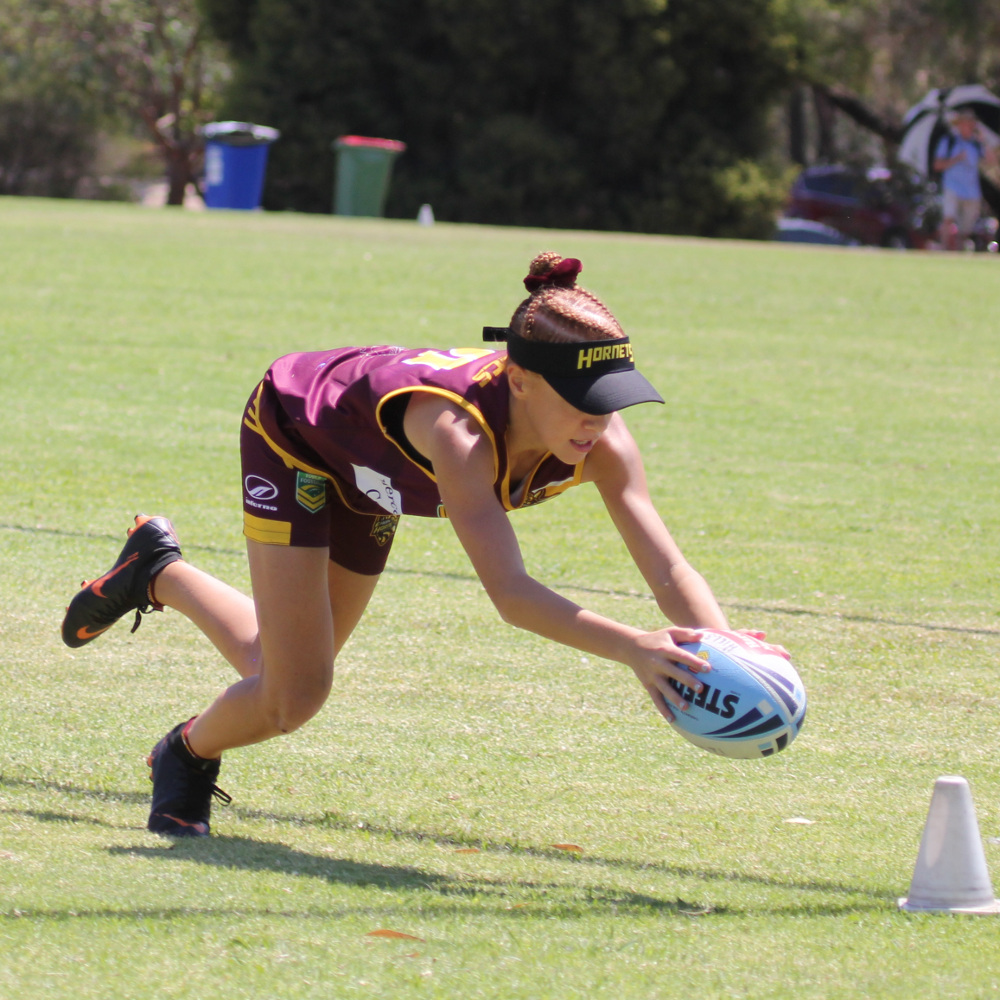 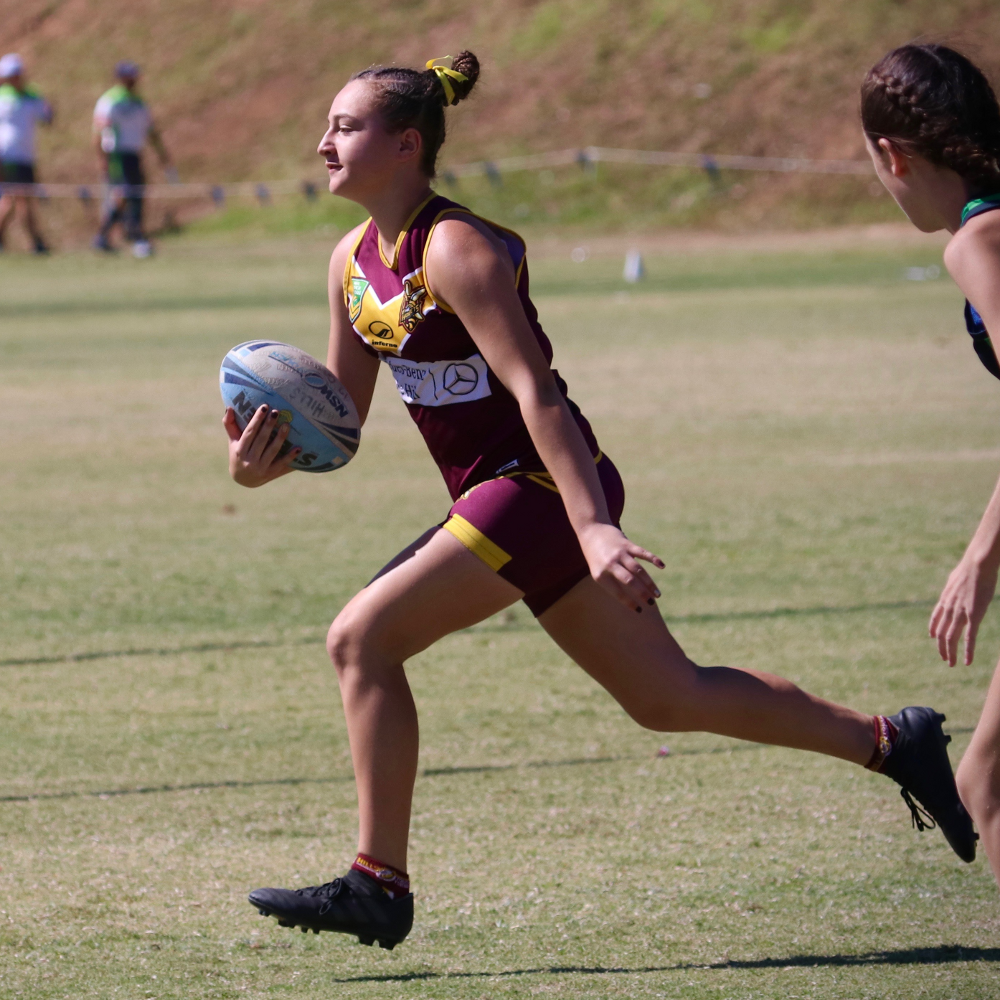 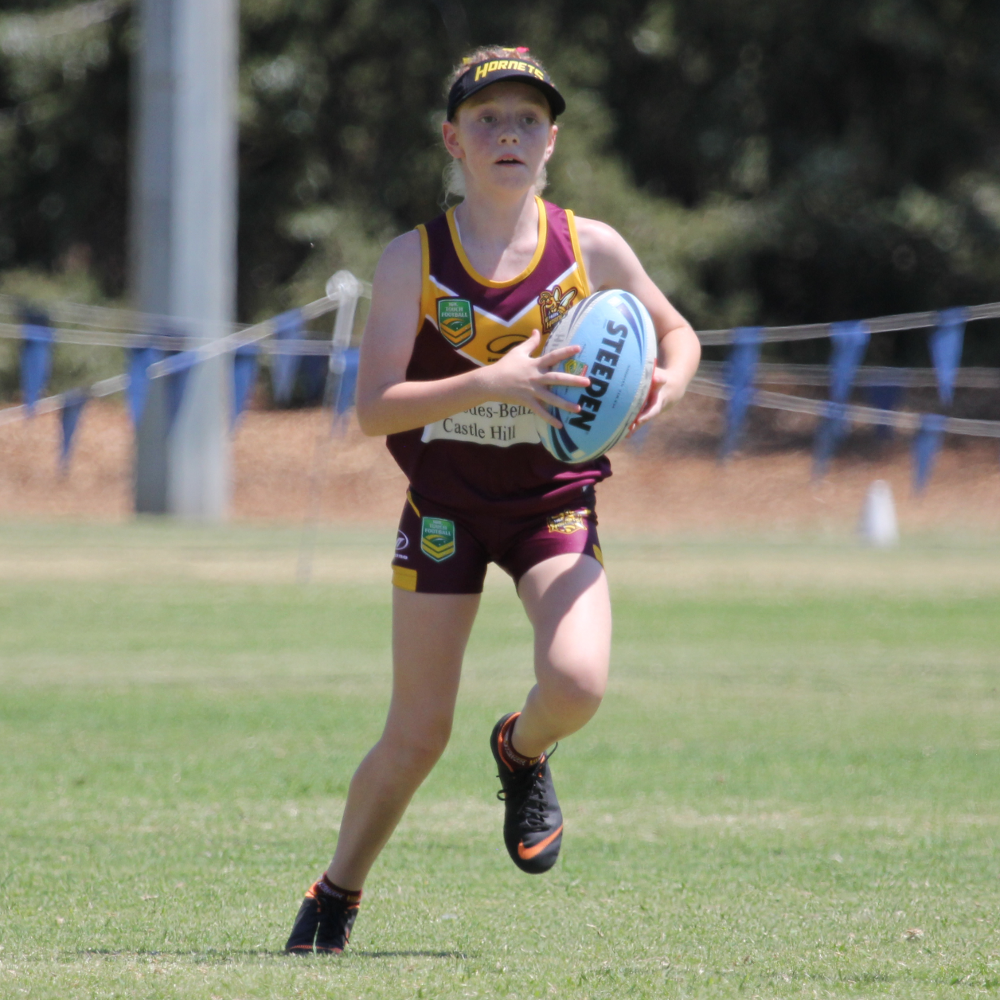 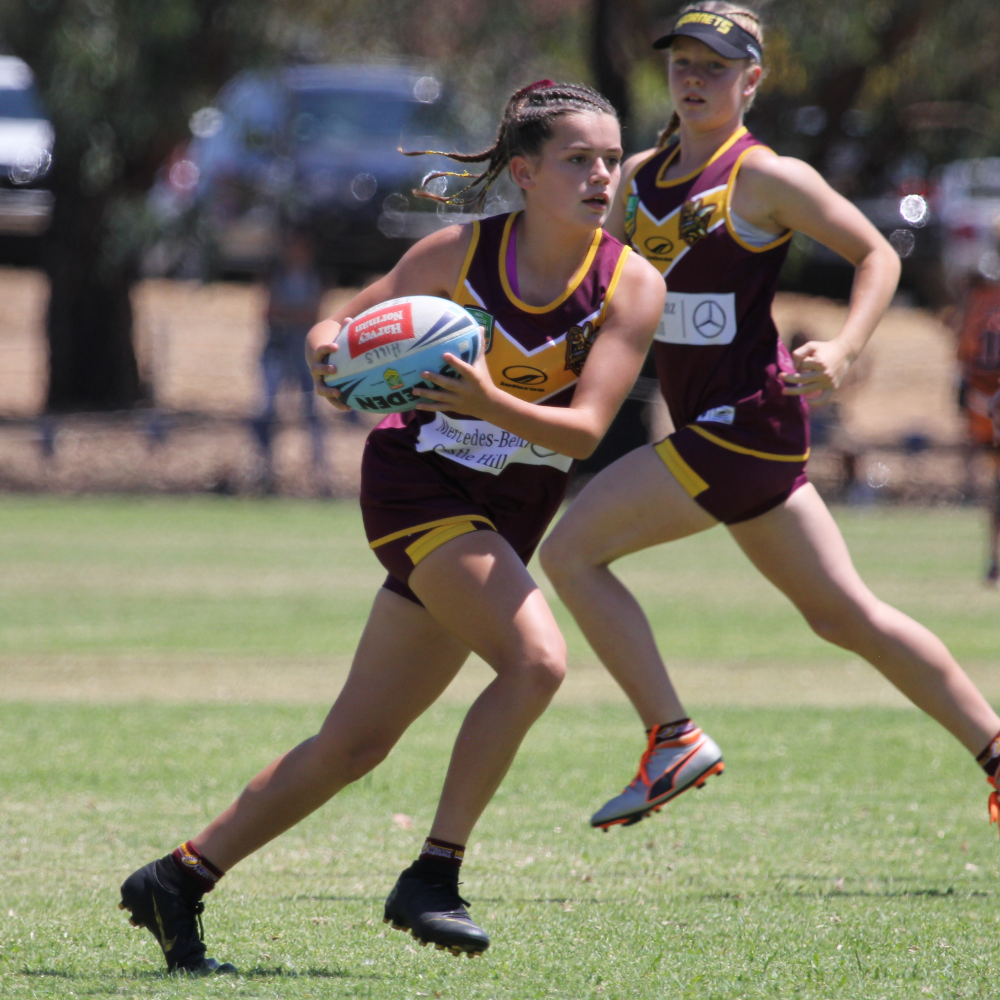 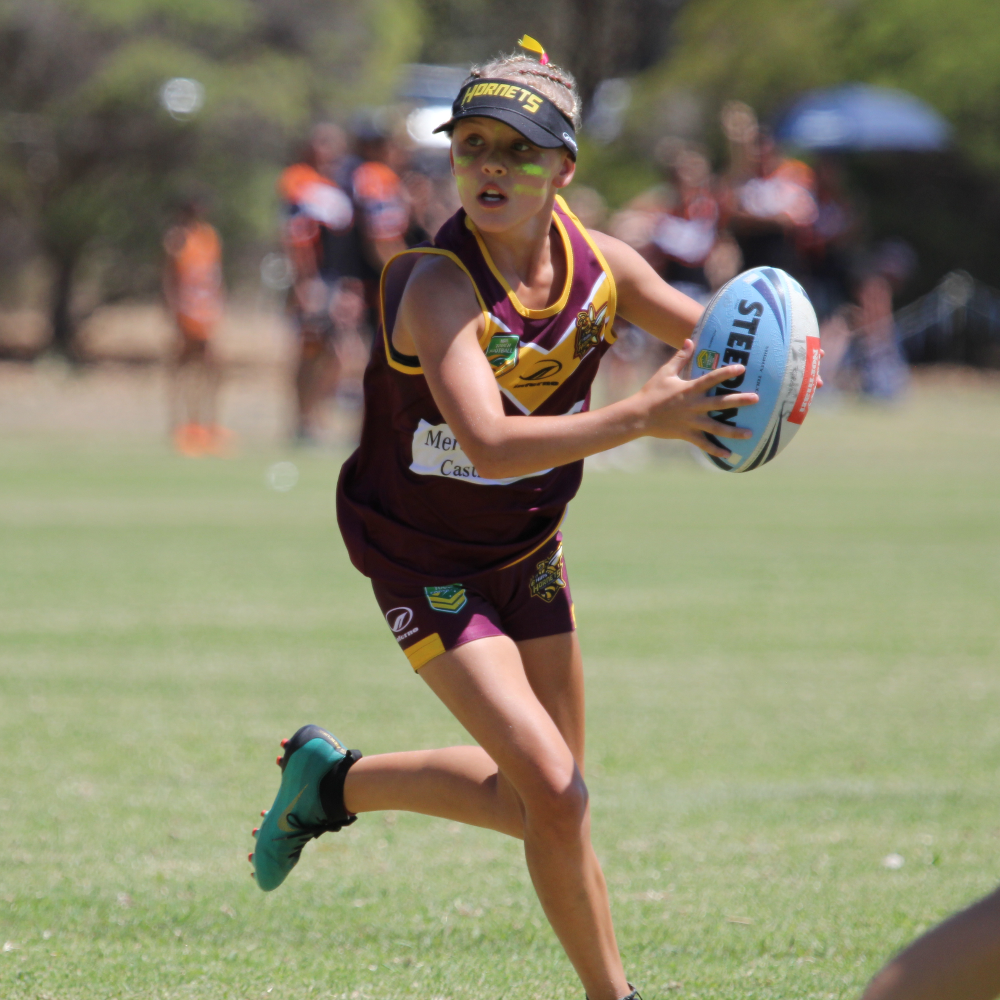 The Grand Final was against the Manly Sea Eagles who had won Northern Conference and had been undefeated throughout their State Cup Finals campaign.  This would be the Hornets toughest test yet.

Both teams started the championship game at a frantic pace with excellent defence the feature.  It wasn’t until the ninth minute of the game that the deadlock was broken, with Manly scoring the first crucial try.  Crucial because in a drawn game, the team who scores first is deemed the winner.  Thankfully the Hornets struck back in the next set of 6 through a solo effort from the inspirational Logan Lomusu to make it 1-1.  Despite the Hornets leveling the game, Manly were in the box seat as first try scorers.  For the next 9 minutes, the game turned into an end to end arm wrestle with the Hornets enjoying the majority of the attacking opportunities.  It wasn’t until the 18th minute when pocket rocket Waiaria Ellis threw a dummy to the open side and stepped back to the short side before delivering a neat pass to an unmarked Tia Mathews.  Tia got the ball over the line and the Hornets were in front, 2-1.

The Sea Eagles responded a few sets later with a drive into the Hornets red zone before scooping and dishing to a support player to make it 2-2. As first try scorer the draw was all Manly needed, and with only 3 minutes left on the clock they had one hand on the trophy.

From the tap, the Hornets attacked the Manly line but could not manage to score.  The Manly team then cleverly played field position in the next set, and with 90 seconds left on the clock, the Hornets had the ball but had to start from their own try line.

The Hornets deployed one of their set pieces to perfection to work the ball down to the other end of the field.  With the defence in retreat and the referee signalling last touch, it was Waiaria Ellis again who took the game on. Waiaria scooped from dummy half and dished to Logan Lemusu who dived over to score her second Grand Final try.  The Hornets were back in front at 3-2 with less than a minute left on the clock.

With both teams exhausted, the Hornets needed to defend one last set against a Manly team who were desperate to equalise and claim the title.  But the Hornets threw their bodies at anything coloured maroon and white, and managed to hold Manly out.  They claimed victory and the title as State Champions.

As you’d expect after such a long campaign the Girls erupted with joy.

Coach Mark Jones was ecstatic. “I could not be prouder of these girls. They have worked so hard for this result. I knew quite early that we had a very special group of players and as a coaching team we did not want to let them down.” said Jones.

“They are such a beautiful young group of girls who are so tight together. They have an incredible bond that shines through both on and off the field.”

“This is an incredibly proud moment for our club” said Mitchell. “This is Hills’ first Junior State Title, and I’m so thankful to this very special group of young athletes and the Coaching Team.  Mark could not have prepared these girls any better, and to see club stalwart Anthony Jack as assistant coach get to share the success was very gratifying”

As the girls move on from this success, there is no time to rest.  A number of the girls have been selected in the Sydney Scorpions Team to play at the Junior Regional Tournament later in the year. The future of Hills Hornets is certainly looking bright.