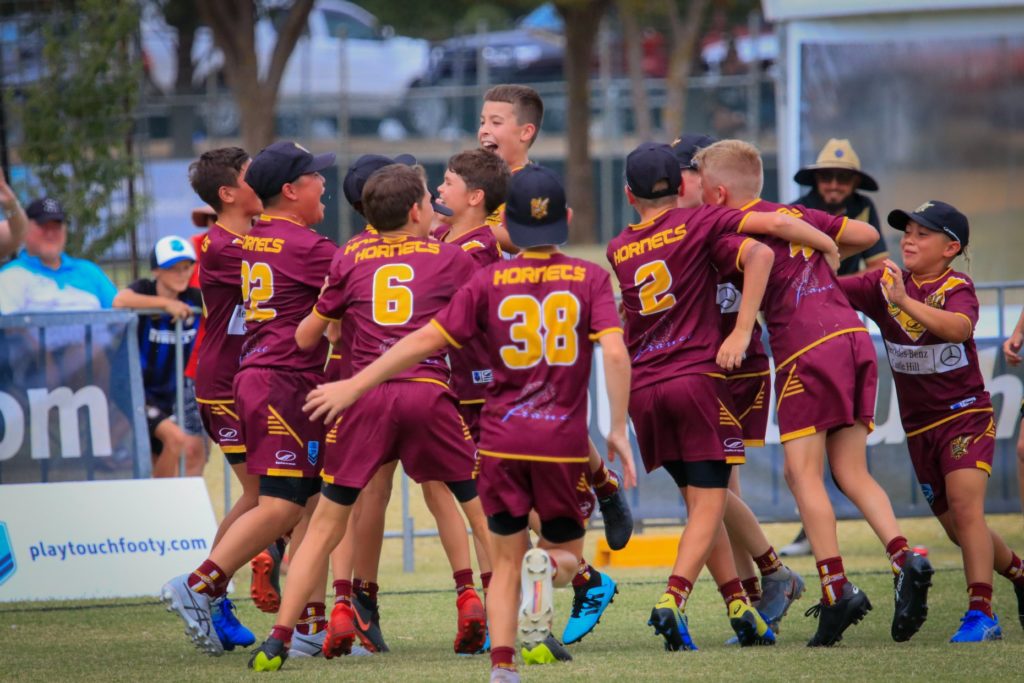 Under 12 Boys after their Grand Final victory

The Under 12’s championship was one of many highlights, as Hills Hornets surpassed their previous best performance at a Junior State Cup, coming 4th in the overall club championship behind Penrith, Wagga and Parramatta.

For the first time in the clubs history all Hornets teams made it to the elimination rounds. Of those 11 teams, 10 got through to the quarter finals, 6 to the semi finals, and 2 made grand finals.

But the ultimate highlight was the U12 boys being crowned Southern Conference Champions for 2020.  Led by Captain Callum Spooner, the boys went through the entire tournament undefeated, only conceding 6 tries over all 9 games.

After a scare in the quarter finals against Penrith, the boys were never headed throughout Sunday, eventually taking the Grand Final out 4-2, with Logan Bubb being named Player of the Final. 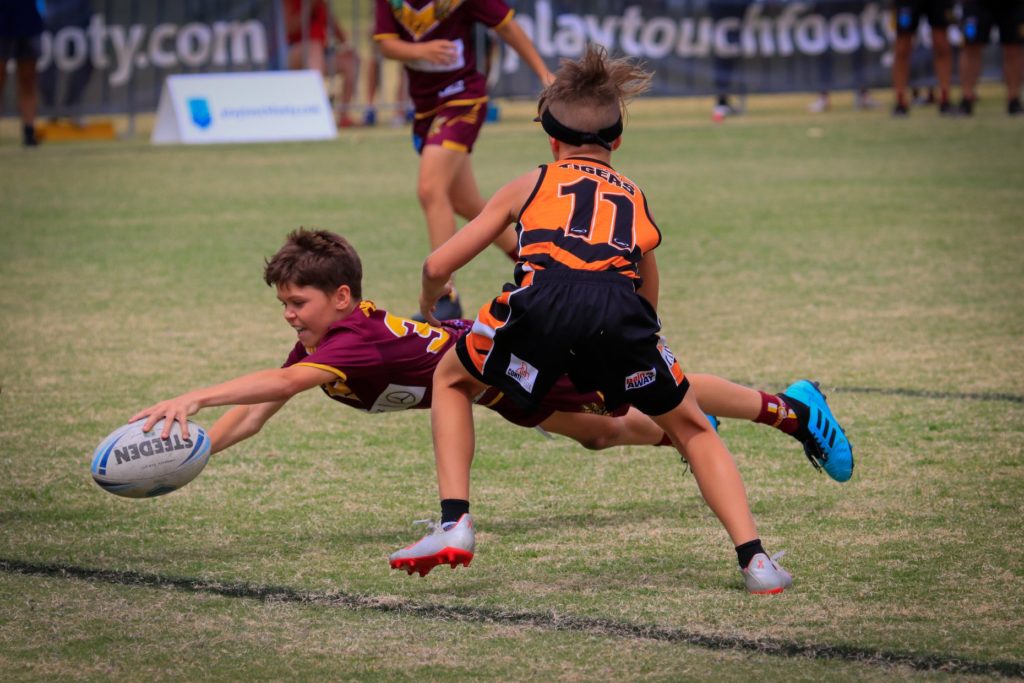 Hornets news caught up with U12 Boys Coach Jamie Wood, to get some insight into the success.

“We were fortunate to have over 50 boys turn up to the trial for this team.  We ended up with 14 very talented players who were all willing to listen and learn”, said Wood.

“We based our campaign around defence and getting through our pool rounds without conceding a single try made that effort really worth it.”

“Together with my Assistant coaches, Dion and Dallas Paterson, we have built a very united group of boys.  We have achieved all our goals so far, but we haven’t finished yet.  We want to be State Champions at the State Finals next week.” 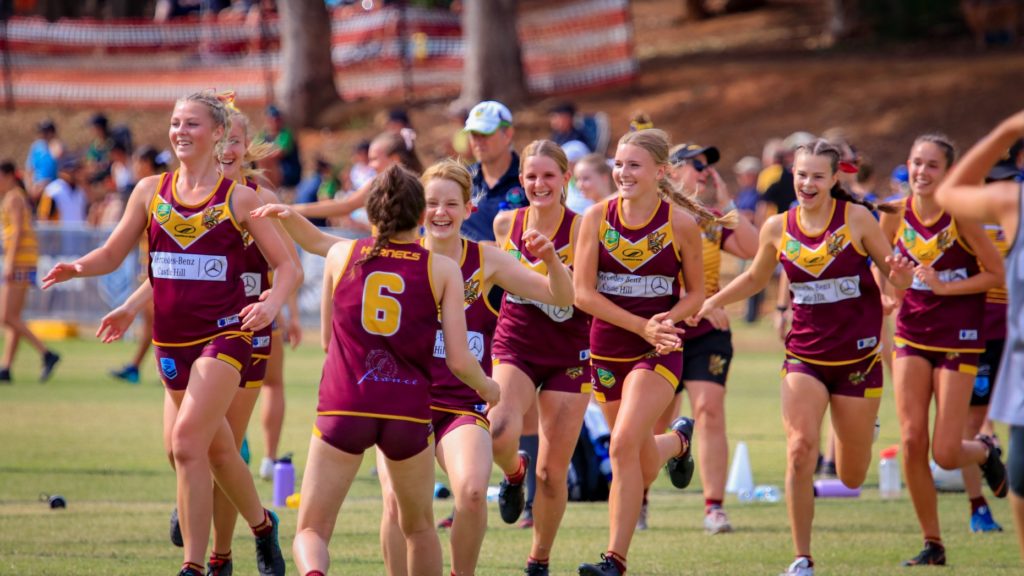 The Under 16 Girls after winning a place in the Semi Finals.

Besides the outstanding achievement of the 12 boys, the Hornets Girls teams surprised many with both the u16 and u18 girls beating out their more fancied rivals into a semi final and grand final spots respectively.

A young 14 girls team, with a number of players from the 2019 u12 state champion team, went down narrowly, in their semi final.

Although falling just short is disappointing for these committed and competitive young women, the majority of the players are on the younger side of the division.  So they get to stick together and have a crack at the same division next year – except they will be another year older, another year stronger, another year faster.

President, Brad Mitchell was overjoyed with the result.

“The club is going from strength to strength.  We made some changes in the last 12 months to ensure the progression the club enjoyed over the last few years continued.  Dave Nolan coming on board as coaching director has been the most significant change”.

“But as pleasing as the results are, it is just as pleasing to see the continuation of our club culture.  Whether it was forming tunnels at the start of games, or simply cheering on from the sidelines, there was so much support for our young players.  Our club culture is as strong as it has ever been.” 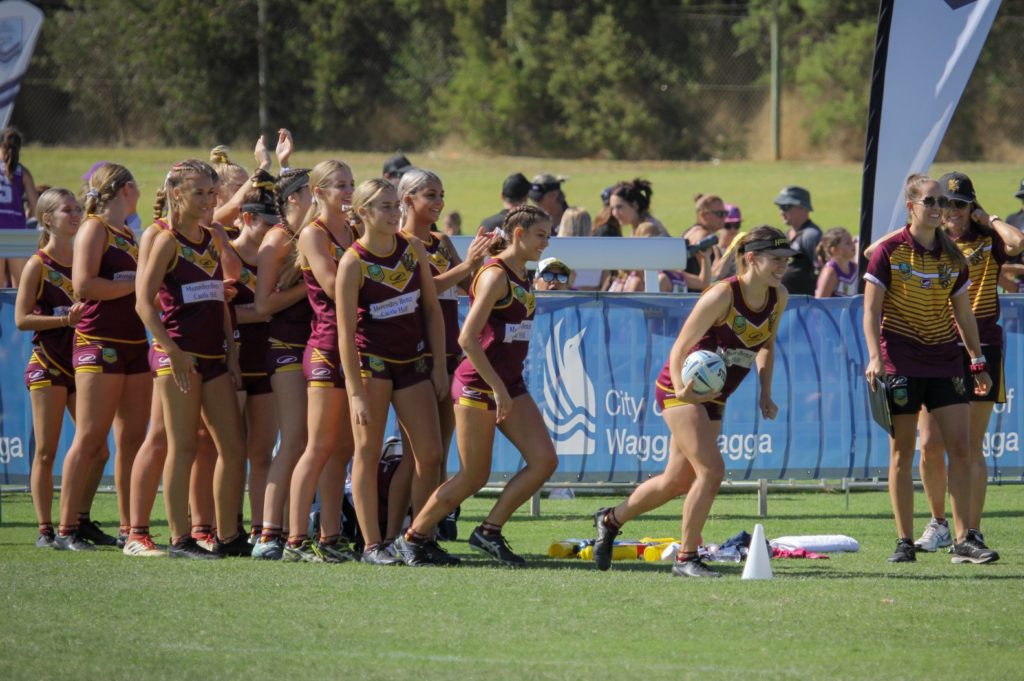 Hornets news also caught up with Dave Nolan who worked continuously and tirelessly throughout the 3 days.  He could be seen working with coaches from all 11 teams across all fields and timeslots, almost without a break.

“It was a really good result for the club.  The coaches and players are improving all the time.” said Nolan

“Most importantly, the club isn’t losing sight of who they are.  They are still essentially a big family of good people who like being around each other”

While some Hornets can now relax, the 4 Hornets teams that finished top 4 can’t. They move on to play the State Finals against Northern Conference teams on March 7.

The Path to the U12 Boys Championship

The U12 Boys finished their 5 round games with 5 wins, having scored 44 tries and not conceding a single try.  In the first elimination game on Sunday, they breezed past Wagga Wagga’s 2nd team.  It was the quarterfinals next, and this is where the boys encountered their first significant challenge of the tournament.  The Hornets conceded their first try, which also happened to be the crucial first try of the game – Crucial because in the event of a draw the first try scorer goes through to the next round.  The Hornets hit back, but when the Panthers scored again, it would require the Hornets to score twice to win the game.  They ended up scoring 4 times to win emphatically.

The semi final was against Orange thunder, and the Hornets jumped out to an early lead, with Hornets scoring the first crucial try. It would prove to be the diference in hard fought game finishing in a 2-2 draw.  The boys were now off to the Grand Final.

The Grand Final saw the Hornets up against the Tigers, and it was another tight affair.  The Hornets again scored the first crucial try.  The teams then traded tries, with the Hornets holding a slight advantage throughout.  The middle part of the game was an end to end arm wrestle of high quality touch.

It was Riley Davis who blew the game apart with a quickie followed by an ankle snapping step back and dive to give the Hornets some breathing space.  A few minutes later it was Davis again, this time going hard at the line off a rooster and sliding under despairing hands to put the game out of Tigers reach.

Despite a late consolation try to the Tigers, the Hornets ran out convincing winners 4-2.

As you’d expect, the boys erupted with joy when the final siren went.