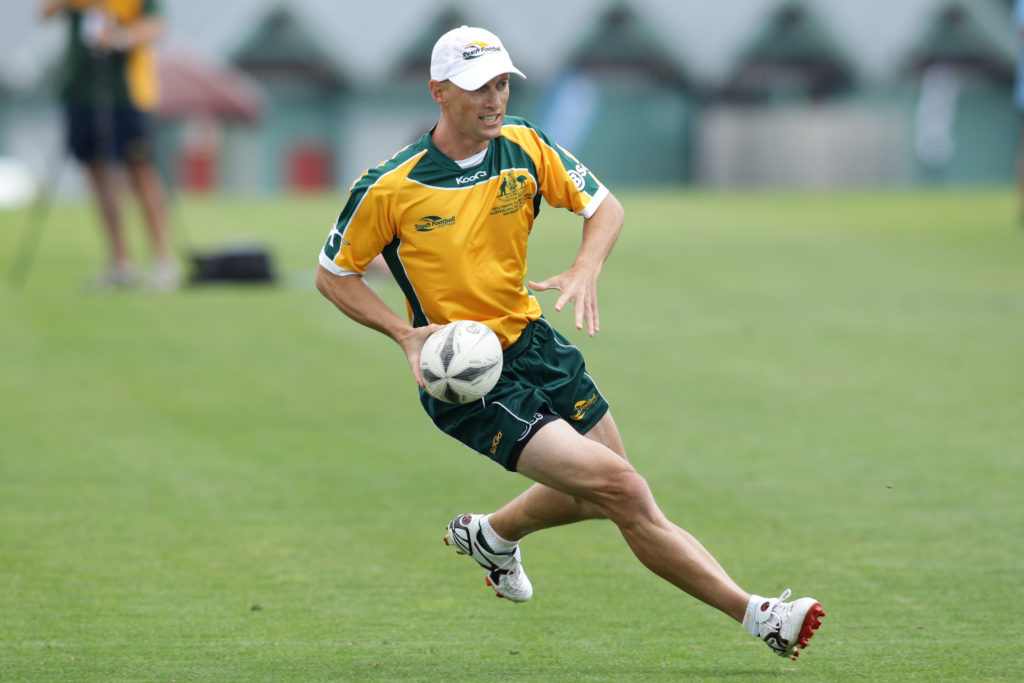 The 2017 Trans Tasman series will add to Mitchell’s already impressive 19 caps for Australia that started as an Australian men’s 30’s representative in the 2011 World cup.

Hornets News caught up with Mitchell on Friday night, in between his coaching, playing and refereeing commitments (yes, he wears all those hats in addition to being Hills Hornets President).

“It is such a privilege to be selected to play for Australia again” said Mitchell.

“The Australian Men’s 40’s team includes some absolute legends of the game – to get to play alongside them will be a great honour.”

We at the Hornets are sure those legends feel the same about playing alongside our very own legend in Brad Mitchell.  He will have the support of every Hornet behind him as he looks to exact his revenge for the heart breaking loss he experienced with the Australian 35’s team against the Kiwis in the 2015 World Cup final.

The 2017 Masters Trans Tasman Test Series will be held at the Sunshine Coast Stadium, in QLD from Friday 15th – Sunday 17th September.

Hills Hornets congratulates all those who have been selected to play for Australia, and wish them luck against our touch footy cousins from across the ditch.